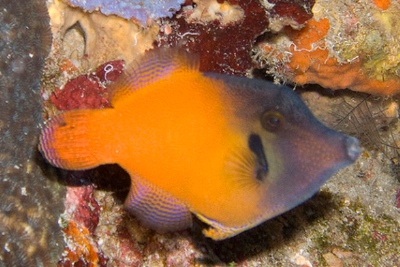 Features of the Blackheaded filefish

Diet of the Blackheaded filefish

The Blackheaded filefish loves to feed on live brine shrimp soaked in a marine vitamin supplement. Since they are always difficult to feed straight away, it is recommended that you try smashing squid flesh or the shrimp into the crevices of the coral reef in your tank or even live rock to help entice a feeding response. Immediately they start to feed, ensure that you provide a variety of food including mysid shrimp, scallop, freeze-dried drill, and algae.

Search the Web for More information on Black Headed Filefish at LookSeek.com Search