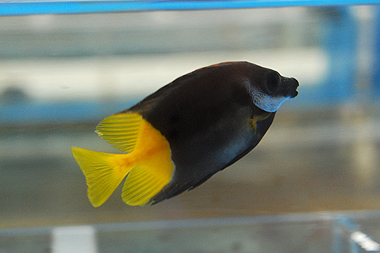 Test the water when preparing your tank for your Bicolored Foxface fish: You will need to purchase a liquid tester so that you can test for Nitrates and Ammonia. The strip-style test kits are unreliable and a waste of money. You should use a dechlorinating product to remove the harmful chlorine from the water. Test for nitrite, ammonia, and proper PH. The ammonia should always be 0, the nitrite should be 0, and the nitrate should preferably be below 20 ppm. If it's at or above 40 parts per million (ppm), you have too many fish or are not changing the water often enough. Cycling your tank is important, Follow the steps to cycle your tank. This establishes healthy bacterial and chemical levels.

Bicolored Foxface fish varieties are herbivores, and they feed on algae, wild grasses, and other plant life in the wild. In the aquarium, they are fed with an assortment of fresh vegetables and algae. If the food is not sufficient for them, they nip and possibly consume a few hard and soft coral polyps.

The average lifespan of the Bicolored Foxface fish breed ranges from 5 years to 7 years.

Search the Web for More information on Bicolored Foxface Fish at LookSeek.com Search