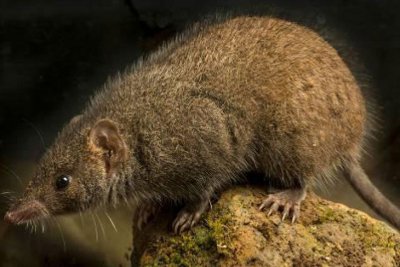 Facts about Antechinus. "Scientific name for Antechinus is Antechinus". Antechinuses are a group of animal species that resembles mice. The antechinus belongs to the genus dasyurid marsupial. These small animals have bristly fur all over their bodies which resemble those of a hedgehog. Even though these names have only been considered regionally, members of the antechinus have been popularly known as pouched mice, the antechinus shrews or the broad footed marsupial mice.

The Antechinus have short grey, cinnamon or brown hair depending on the type of species. The Antechinus are popularly known for their large ears, prominent whiskers and snouts that are pointed out. This may be able to explain their shrew like appearance. Most of the Antechinus have been known to weigh approximately 16 to 170 grams.

The antechinus is a tiny shrew like carnivorous animal. Some of the species are known to be terrestrial hunters because they are mostly seen hunting at ground levels only. The Antechinus is also known to be active during the day as well as during the night. On the other hand however, there others that are scansorial in nature. They are known to feed on flowers and fruit. The antechinus is popularly known to feed on small invertebrates such as beetles, weevils, spiders and larvae from the beetles. In addition, most of the Antechinus are seen to create nests as their habitats in tree hollows.

Most of these antechinuses are found to habitat the dry and wet eucalyptus forests, temperate rainforests and the healthy woodlands, wet heaths and swamps. They are majorly found in Australia with only two species in New Guinea.

In most countries where the Antechinus are found, they are believed to interact freely with humans. Some like the yellow- footed antechinus are always seen inside the residents’ homes especially in the kitchen areas and areas where they can be able to feed on insects.

Search the Web for More information on Antechinus at LookSeek.com Search