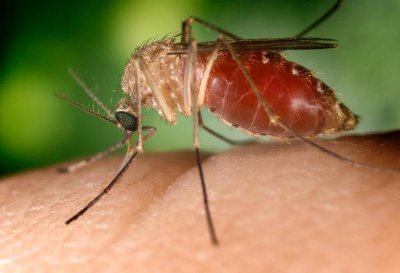 The Life Cycle of Anopheles Mosquito

The adult females Anopheles Mosquito lay between 50 and 200 eggs in every single oviposition. The eggs are laid directly on water and they float for some days before hatching two or three days later. In colder climates, the eggs may take up to three weeks to hatch.

In the larvae stage, the Anopheles Mosquito has a well developed mouth and head making it able to feed on the surrounding microorganisms. The thorax is usually large and the abdomen segmented. The larvae do not have a respiratory siphon like the rest of the mosquito genera. The larvae usually feed on bacteria, algae and other microorganisms that are found on the surface of the water. Commonly, the Anopheles Mosquito larvae can be found in unpolluted waters and at times in salty water marshes, rice feeds and mangrove swamps.

The pupa has the thorax and the head merged into one unit called the cephalothorax. Although it stays under water, the pupa usually comes to the surface so that it can breath. In a few days, the dorsal surface of the cephalothorax breaks and an adult Anopheles Mosquito emerges.

The adult Anopheles Mosquito have a slender body which has three sections typical of an insect that is the head, thorax and abdomen. The head has sensory organs to collect information and has the apparatus for feeding.

Anopheles Mosquito can drink blood up to three times its weight. It would take over a million bites to drain all the blood out of your body.

Search the Web for More information on Anopheles Mosquito at LookSeek.com Search