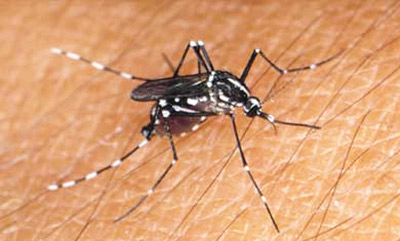 Facts about Aedes Mosquitos. Aedes genus of mosquitoes is usually found in subtropical and tropical areas. A Short list of some of Aedes Mosquito are Aedes aegypti, Aedes albopictus, Aedes australis, Aedes cantator, Aedes cinereus, Aedes rusticus, Aedes vexans, Aedes furcifer, Aedes futunae, Aedes ganapathi, Aedes geminus, Aedes gombakensis and many more. However, there has been a development in the recent past where the genus can be found in many continents with the exception of Antarctica. Some of the species of the Aedes mosquitoes have been spread by human activity. For instance, the Aedes albopictus is one of the species that was spread to the New World including parts of the United States by used-tire trade. The generic name of the Aedes mosquito was first coined by Meigen in 1818 from a Greek word meaning unpleasant.

Several species of the Aedes genus have been known to transmit diseases such as chikungunya, yellow fever and dengue fever. In the Polynesia region, the Aedes polynesiensis has been responsible for transmitting the human lymphatic filariasis.

The yellow fever mosquito scientifically known as Aedes aegypti was first sequenced by the Institute for Genomic Research and the Broad Institute. Aedes mosquitoes are very distinctive because of their white and black markings on their legs and bodies. Unlike other mosquito genus and species which are nocturnal, the Aedes mosquitoes bite only during the day because that is when they are active.

The Role of Aedes Mosquito in the Transmission of Diseases
Members of the Aedes genus have been associated with various viral infections. The Aedes albopictus and Aedes aegypti are vectors that transmit the West Nile fever and the dengue fever together with the eastern equine encephalitis. These viral infections are usually manifested by fever which ultimately leads to death if the victim is not attended to in good time.

The Mosquito spends their first 10 days in water, which is mandatory for the eggs to hatch into larvae, named wigglers. The stagnant water is where the wigglers feed on organic matter and breath oxygen from the surface. Than they develop into pupae, which do not need to feed and are partly encased in cocoons. In a few days, the pupae will change into a full grown mosquito.

An average mosquito life is less than two months. The Male Mosquito usually only lives about 10 days or less, while female Mosquito can live about six to eight weeks.

Mosquito can drink blood up to three times its weight. It would take over a million bites to drain all the blood out of your body.

Female mosquitoes can lay over 250 eggs at one time ever 3 days, for every milligram of human blood, the mosquito can lay an average of about 40 eggs. Hatching eggs will hatch into larvae in about 24 to 48 hours. Larvae soon grow to about (5 mm) in length. The eggs are deposited most of the time in clusters called "rafts", on the surface of flooded areas and stagnant water as little as one inch. The female mosquito will lay eggs about three times before they die.
The word Mosquito is Spanish for "little fly". "Scientific name for Masquito is Culicidae". The word Mosquito its known origin is from the early 16th century. Mosquitoes in Africa are named "Mozzies".

Search the Web for More information on Aedes Mosquitoes at LookSeek.com Search